Project scope
Digital site build
Digital advertorial
Native advertorial
Digital display
Print
Social
A motoring enthusiast’s dream come true and the chance to combine three iconic brands: LEGO, BBC Top Gear magazine and McLaren. This campaign saw Imagine building a site that celebrates cars in their many forms for both the young and young at heart. (We also built a lot of LEGO, too, which was a great day in the office.)

With an unquestionable passion for all things automotive, TopGear magazine readers love anything on four wheels. As producers of toy cars for all ages, LEGO tasked Imagine with creating a destination for TopGear readers that would showcase a wide range of toy cars, from the CITY range for younger builders, through to Speed Champions and LEGO TECHNIC. The toy brand also wanted to draw attention to their partnership with McLaren and a money-can’t- buy competition prize.

We needed to draw attention to the models’ detailing in a way that would engage car fans and – crucially – give toy cars a Top Gear treatment. This was particularly the case when it came to the video content, for which we shot the toys with the same high- quality sheen and production values as the Top Gear master brand.

Logistically, this threw up a challenge: namely, how do you create the iconic visual tone of Top Gear, and apply the logic of a full-scale automotive shoot to 10” LEGO models? The end result showed off the cars in a dynamic, exciting – and at times, tongue-in-cheek – way, which also made their way into retailers and drove competition entries.

In addition, we created native content for the TopGear.com website, a suite of dynamic ad units and some stunning print advertorials.

Error: VideoService could not be found 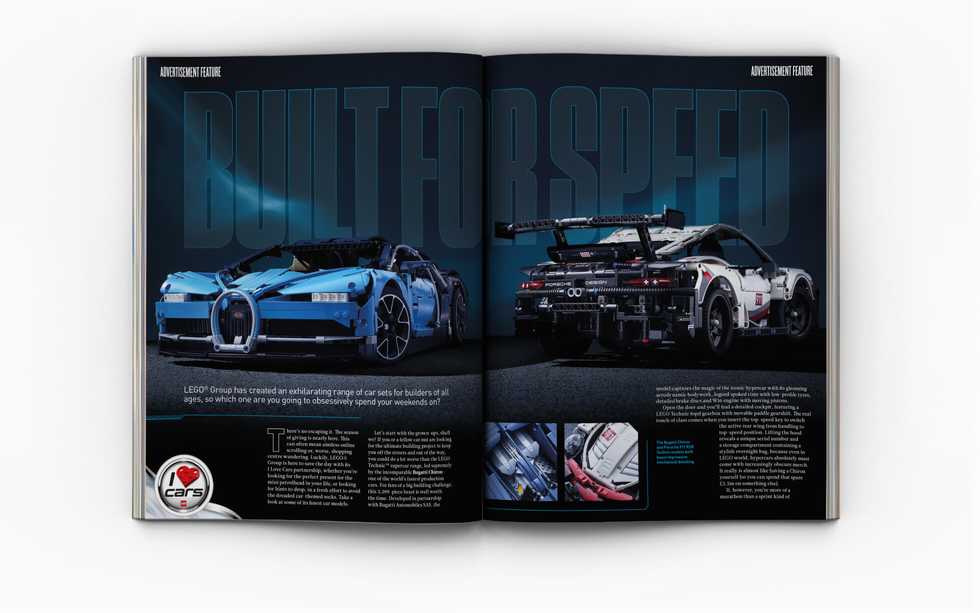 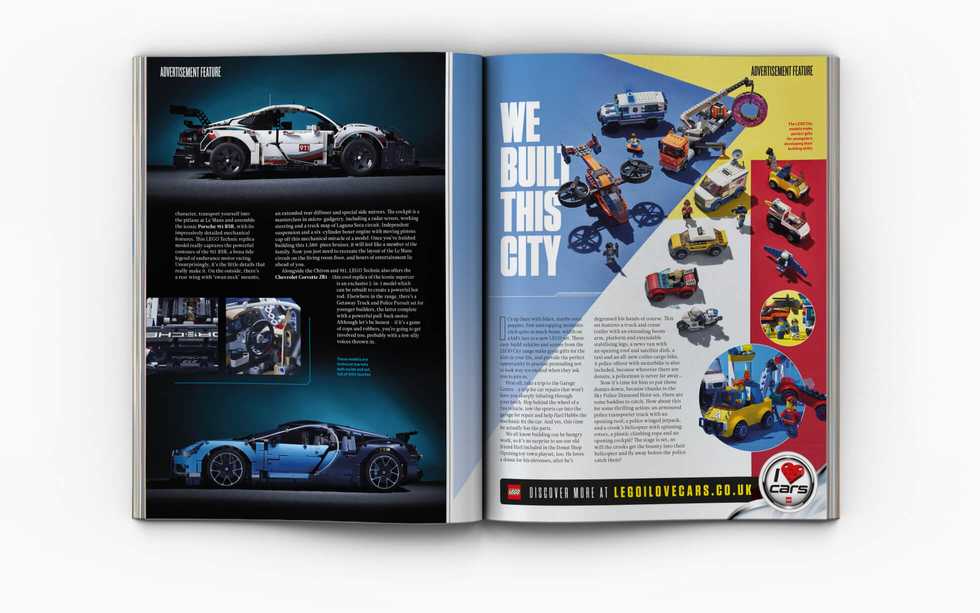